What Investing in Nosara Has Do With Hair Bands 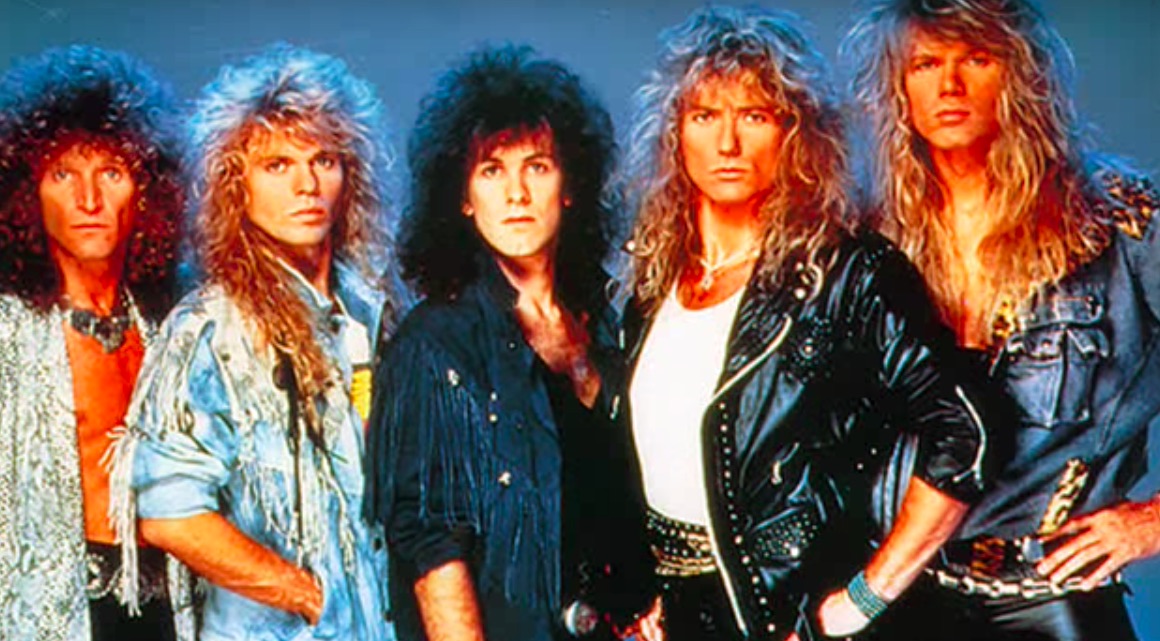 by Josh
I have been working on buying a new project in Nosara, Costa Rica.

The process has not been easy or quick.

We are going on two years now since we decided to do a new project, but I am happy to say we finally found something that we are very excited about.

The Three Towns We Liked For Investment

Two years ago I decided to focus on Nosara, Costa Rica; Dominical, Costa Rica; and Chinandega, Nicaragua for possible locations for our next projects.

We chose these locales because we believed these areas were going to grow and keep on growing in the next five years plus.

Each of these locations also had the type of attributes we look for to start a project. Like the right type of community and general appeal that would lead us to think there would be predictable future growth.

Up until this point I wasn’t interested in Nosara, Costa Rica as a place to do a project because I thought it was expensive and people would choose to go elsewhere and pay less.

Well I couldn’t have been more wrong.

I learned a very important lesson and that lesson learned is why we ended up ranking Nosara Number 1 in our Top 57 e-book. You can check it out here

The lesson was community and services are much more important than being cheap.

This is because cheaper lifestyle alone is not going to satisfy all your need.

Cost is a factor and certainly a driver for many people looking outside the U.S., Europe, and Canada, but if you just want cheap, go to Asia.

Nowhere else can compete with the East on price.

My methodology for living and investing in Central America has always ranked community at the top, but the part I missed was just how magnetic the right community can be when it comes to attracting other people.

Cost of Living Isn’t Everything

My perspective seven years ago was that Nosara would grow more slowly than places like Boquete, Panama; places in Ecuador; or even Dominical, Costa Rica.

The reason for this was that Nosara was already near the top level of pricing. The other markets I mentioned were priced much lower and with increased attention would grow quicker based on value than an established market like Nosara.

My logic was if homes cost $500,000 USD wouldn’t people just say “Wow, Nosara is done. I am going elsewhere to find a new up-and-coming place with lower prices.”

Nosara had dirt roads, was certainly not a cheap place to live, and there were other pretty good options. I thought the newer highway down by Dominical would usher in a new group of buyers to that area making much easier to access.

The Dominical area did grow, but not as quickly as Nosara when you compare apples to apples. To be clear, when I state “growth” I mean market valuation or what real estate is worth.

Dominical is a big area and Nosara is not nearly as spread out, but if you compare prices to comparable areas in Dominical to Nosara, you would see that Nosara grew much quicker.

This is a very important point as far as living and investing are concerned and that point is: the faster the place grows, the faster you will get a return on investment.

Over the years, I have spoken to so many people who saw potential in an area and leapt into an investment in that area. Only to see five years later that the area did grow slightly, but it was not exactly on fire like they were sure it would be when they made their investment.

Consequently their property was worth a little more, but selling it would be difficult because their just wasn’t much momentum.
(In fact momentum is generally a problem in Central America, with lots of product for sale, but not nearly as many buyers. What good is it to gain 15% equity on your property in a year if it takes you years to sell?)

Momentum is a Great Friend of the Land Investor

These same investors could have chosen other areas that grew much quicker if they focused on the rate of return on their investment.
The amount of return an investment makes over a period of time is called Rate of Return and it is one of the most critical considerations when investing or buying in Central America.

You may read about me railing on Tamarindo, Costa Rica, as an example of development gone wrong.

Tamarindo, like Nosara and Santa Theresa (Santa Theresa is located in the Southern Guanacaste area of Costa Rica) have established communities that are set up to grow by attracting more like-minded people. And in these locations, those people come from a broader spectrum of humanity than Boquete, Panama or Pedasi, Panama.
The buyers in places like Tamarindo are generally comfortable financially, want a new lifestyle, might have kids so they need a school, want to do something besides surf, want to choose more than 10 restaurants to eat out in, and want a thriving tourist industry that delivers a constant flow of new and interesting people visiting the area. Tourism is what drives all the new shops, restaurants, and tours.

Imagine each town in Central America as a band.

Small uniform towns are like a lame band. They can only play one type of song and only have one instrument. If you are trying to attract a crowd with this type of music, it is a challenge, and at the very best you will only get certain people who are interested in that particular experience. 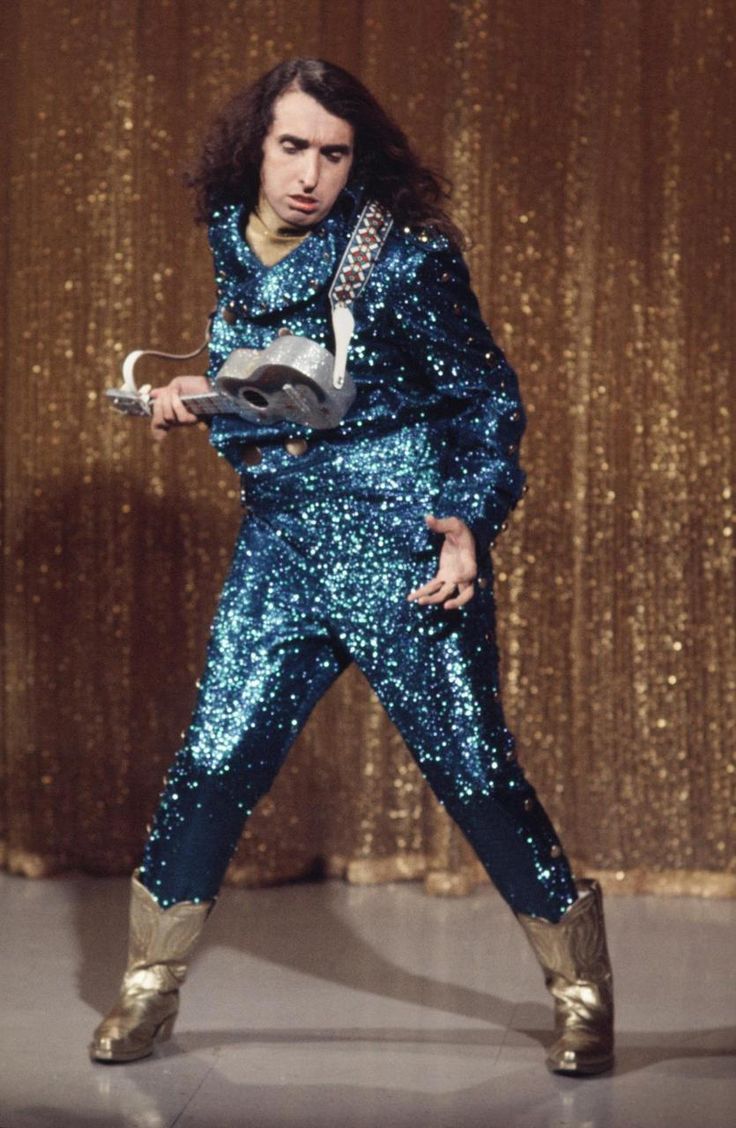 A small town that suffers from sameness in Central America is like a band that can only play the ukulele.

With a ukulele you can set a rhythm and it can be nice to hear, but do you want to hear that sound every day all the time?

How long can you possibly listen to the same instrument playing the same rhythm before you go insane?

For others a tambourine is all you need as it can play a rhythm that makes you want to dance. If you are one of these types you will like the town.
Just keep in mind if this is you, you are in the minority, most people want more.

Think Aposentillo, Nicaragua five years ago, or Canoa, Ecuador seven years ago, or Nosara, Costa Rica 15 years ago, or Dominical 13 years ago. These places were all like a band with a tambourine, single rhythms that attracted a certain type of person.

Some towns acquire the ability to play a new instrument and when they do, they attract a new audience.

A new instrument creates a new sound; when easier access becomes available, a school is built, or something adds a new dimension to the town, a new sound is born.

Towns like Nosara, Tamarindo, and Santa Theresa in Costa Rica are now versatile bands that can switch up from hip hop to flamenco and because of this broader spectrum of music, a more diverse group of inhabitants dig these towns.

As the band’s music grows in popularity and becomes more diverse, the wider the audience becomes who listens. More restaurants, schools, things to do, are like adding musical styles to the band’s set list.

Just for a little perspective, keep in mind if you were to compare even the best Central American town/bands to New York City that would be like comparing a talentless hack to the world’s greatest musician.

Meaning, there is a wide range of diversity and appeal when comparing Central American towns and cities. But even in the most extreme differences between towns in Central America, it is still Central America and will never compare to the greatest bands worldwide when it comes to an ability to appeal to wide spectrum of people.

I say this because just using the word diversity when describing towns in Central America can conjure up images of a United Colors Benetton ad; that is way off. Expat diversity here is not very diverse when compared to American cities, there is probably less diversity here than the town you live in now.

Back to rate of return…

Rate of Return can be traced to two distinct phases if you want to focus on this aspect of investing.

This is similar to finding a town that has little to no expat community, but you can see that as soon as some people hear about it, there will be a growth spurt.

This stage offers one of the best possibilities for a quick rate of return.

Think Pavones, Costa Rica 20 years ago. It is in the middle of nowhere but has one of the longest waves in the world. The first guys there bought up the land and experienced a quick rate of return while the word spread about the incredible wave.

The second option for quick rate of return is when the band has been playing together for a long time and the musicians have honed their skills.

The musicians can play different instruments, different songs, different genres, and when they play people come from all over the world, their potential is so much bigger.

If you check out the audience you will see young, old, black, white, hipsters, and people with hip replacements.

It is a diverse group, word is spreading, and the audience is growing.

As a consequence to this situation, these places make great options for investment, but also to live.

Nosara, Tamarindo, Santa Theresa in Costa Rica are bands like this, tons of potential to hit a Stage 5 town.

Bands On The Rise

There are several up-and-comers in Panama and Nicaragua, but in my opinion not quite of the same skill and appeal.

Panama and Nicaragua are more like heavy metal hair bands; if that is your jam, you will love it, but don’t expect a flamenco set. (Of course this is a very general statement, there are exceptions and will be exceptions in the future.)

This doesn’t mean don’t invest in Panama or Nicaragua, it means the rate of return is likely going to be slower unless you find a place where the band is just forming like the Western Azuero or Boca Chica.

Coronado is probably the one place outside Panama City that has the musical skills to attract a diverse group at this time.

There are many people who love it, but for me I can’t stand the music of Coronado, yuck.

This brings me full circle and this is why we have been focusing on Nosara and rated it Number 1.

People love it, the media covers it, in the last six years the town changed from expat families and retirees to hipsters sitting at one of the many juice bars. You may see high-heeled models in bathing suits walking unsteadily down the pebble-covered dirt roads. This not a sight you will see many other places.

A large swath of people enjoy the Nosara rhythm and the amount of people it attracts keeps on growing.

This is why my focus is all about Nosara, Costa Rica

Let the band play on!